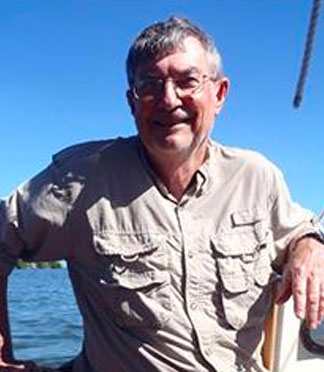 “If I knew then what I know now, I wouldn’t have worried as much,” said Reid Tillery, a twelve-year prostate cancer survivor.

In 2008, lab work from a routine visit with his family doctor appeared a little abnormal. Results showed that Reid had about a 15 percent chance of having prostate cancer and was referred to a urologist. After further tests, the urologist revealed that Reid in fact had adenocarcinoma in his prostate gland.

“I remember sitting in the parking lot thinking, ‘what do I do?’” Reid knew at that moment he was going to have to do some research and evaluation on his own to try to come up with an answer. “It would have been nice to be able to rely on doctors for ultimate direction, but all they can do is offer alternatives,” said Reid. “The final decision was up to me, based on my subjective understanding of the risks and benefits of treatment options. This was not an assignment I wanted to do, but I knew it was one I had to do.”

After countless hours of research and various recommended books about his condition, Reid ruled out surgery due to the delicate nature of the operation in a sensitive area of the body. It was his business partner’s wife who, through research of her own, discovered and introduced the idea of proton therapy.

A member of the Coast Guard Auxiliary, Reid was already planning to drive from his home in Melrose, Fla., to Jacksonville the next week. “During my trip, I made a stop at the UF Health Proton Therapy Institute for more information,” said Reid. “I just walked in and said to the receptionist, ‘Hi, I’m Reid Tillery and I have prostate cancer. Can you help me?'"

Armed with more information, Reid’s last stop was to get more information from UF in Gainesville on external beam radiation therapy. “I asked them if there was a reason I shouldn’t choose proton therapy since, through all my research, I found out that it has the same cure rate with fewer side effects,” said Reid. “When their only response was that it would be a longer drive from home, I told them to sign me up. The doctor I met with wrote me a referral for the UF Health Proton Therapy Institute and I made preparations to temporarily move to Jacksonville for the duration of my treatment.”

“The first day of my actual treatment in the gantry, I was very nervous. Ahead of time, you’re worried about the unknown,” said Reid. “I’m lying in the machine with all the laser lights and staff around me, and then all of a sudden they run out of the room before the proton beam goes off. In a minute they were back and I asked them if they had done anything at all…I didn’t feel a thing.”

“I’m so glad to have found UF Health Proton Therapy Institute. They treated me like a real person, not a number or a diagnosis. I met a lot of interesting, educated men who were going through the same thing and had made the same decision I had. That was comforting to know and I didn’t feel alone.” – Reid Tillery

With his UF Health Proton Therapy Institute graduate certificate hanging on his wall, Reid was inspired to head back to school to renew his emergency medical technician (EMT) license so that he can use his second chance at life to help those around him. Reid now actively volunteers at his local fire station and looks to get the word out about how protons are a lower risk alternative that saved his life and are impacting so many others in a positive way.