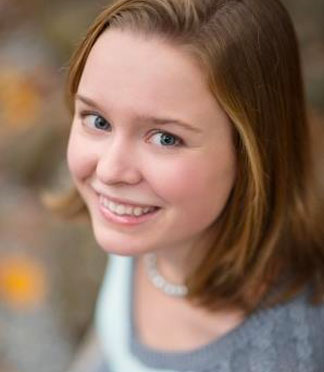 Article Update May 8, 2018: Katie graduated from the University of Georgia on May 4, 2018, with a degree in statistics and was inducted in Mu Sigma Rho, a National Statistical Honor Society. She will continue her studies with a biostatistics internship at Emory University this summer and a two-year biostatistics Master’s degree program at the University of Michigan this fall. Thanks to Marcy, Katie’s mom, for letting us know how well she is doing.

In 2015, Katie Sanders graduated from high school in Monroe County, Georgia at the top of her class. Now a University of Georgia student, she is majoring in biology and math on her path to a medical degree to be a pediatrician.

Katie has accomplished her academic goals despite a serious health setback in her freshman year of high school when she was diagnosed with a brain tumor. In October of 2011, she had surgery in Atlanta to remove the tumor. Following physical and occupational therapy to regain her ability to walk, talk and eat, Katie came to UF Health Proton Therapy Institute in December 2011. She had 32 treatments and finished her proton therapy on February 1, 2012.

She credits her team at UF Health Proton Therapy Institute for her success. “Because of proton therapy and all the treatments, I was able to go to school.” Even while she was on treatment she could focus on her studies because she did not experience common side effects from radiation such as fatigue.

“God had a hand in that,” said Katie’s mother Marcy Sanders. “She just never really had the side effects. I think the medical team really enjoyed seeing her because she was such a positive kid and nothing negative happened while she was being treated.”

Marcy went on to say, “I firmly believe Dr. Danny [Indelicato] saved her life. We believe in the proton treatment.”

Katie is willing to share her story and lend her support to raise money for the pediatric program at the UF Health Proton Therapy Institute. In fact, in April 2015, her photo graced the posters and signage of participating Subway Restaurants located in and near Macon and Savannah, Georgia, to encourage donations to the program.

Katie said, “Proton therapy, and specifically the UF Health Proton Therapy Institute, they work to save lives. I think if you value human life, I think you should donate to the program. They don’t just care about your health, they also care about patient morale and your psychological well-being.”