Proton Therapy for
Cancer of the Eye

Because the eyes are surrounded by such important structures and vulnerable tissues, it’s important to treat cancer of the eye with radiation that can be carefully controlled. Since proton radiation is more easily manipulated than conventional radiation, oncologists can deliver powerful doses of proton therapy to the tumor site, without causing unnecessary damage to surrounding tissues in the eye and head.

Types of Cancer of the Eye Treated with Proton Therapy

Intraocular melanoma starts from pigment cells called melanocytes, which are found in the part of the eye called the uvea. The uvea includes the iris, which forms the colored part of the eye; the ciliary body, which helps change the shape of the lens inside the eye so that it can focus; and the choroid, which is a very deep layer of the eye. Though it is uncommon, uveal melanoma is the most common primary eye tumor in adults; approximately 1,200 people are diagnosed with the disease each year in the United States. Factors associated with the disease’s development include light skin color, environmental exposure and genetic predisposition.

If the melanoma begins in the iris, it may appear as a dark spot on the eye. However, if it begins in the ciliary body or choroid, symptoms may appear as vision problems, if at all. In these cases, the disease is usually detected during a routine examination. Chances of recovery and response to treatment depend on the location of the melanoma and whether it has spread. Posterior uveal tract melanomas (those cancers arising from the ciliary body or the choroid - the deeper parts of the eye) are typically more malignant, with a five-year mortality rate of 30%, because the tumor may spread to areas outside of the eye. Anterior uveal tract melanomas (those arising from the iris) have a 2% to 3% mortality rate over five years.

Standard treatment for intraocular melanoma typically includes surgical removal of the eye, or enucleation. Because of this procedure’s effect on a patient’s appearance, possible diagnostic uncertainties and the potential for the cancer of the eye to spread, alternative treatments have been introduced. These treatments include proton therapy, radiation with radioactive plaques, laser photocoagulation, transpupillary thermotherapy and cryotherapy. Of these alternative approaches to surgery, proton therapy appears to offer the best tumor control with eye preservation and a low risk of damage to healthy tissue around the eye. The efficacy of proton therapy for uveal tract melanomas has been assessed in several studies, and results indicate that, as with surgery, there is a very high chance of tumor control. With proton therapy, however, most patients are able to retain the affected eye – as well as their vision.

Choroidal metastasis is a cancer of the eye that occurs when cancer spreads to the choroidal layer of the eye from another primary site, like the breast. In these situations, the goal of treatment is to improve the patient's quality of life by preserving vision and preventing removal of the eye. While chemotherapy has been used in the management of disseminated cancer, external beam radiation therapy is the most common form of local treatment. Recent studies have demonstrated the effectiveness of proton therapy in the management of choroidal metastasis. What's more, proton therapy allows for retention of the eye, achieves a high probability of local control, and helps avoid vision loss and pain.

Retinoblastoma is an uncommon pediatric cancer of the eye. It begins in the retina, a nervous tissue that lines the back of the eye, senses light and sends images to the brain. Retinoblastoma accounts for about 3% of cancers in children younger than 15 years – about 4 cases per million. It most often occurs before the age of two, with 95% of retinoblastoma diagnosed before the age of five. The tumor may affect one eye (about 75% of cases), or both eyes (25% of cases). More than 90% of retinoblastomas that do not spread beyond the eye will be cured. Retinoblastoma is sometimes caused by an inherited gene mutation; when it occurs in both eyes, it is always the result of a gene mutation.

Treatment of retinoblastoma requires a multidisciplinary approach, and should emphasize curing the cancer as well as retaining vision. If the tumor is especially large, or if there is little expectation of retaining normal vision, surgery may be considered. Other options include cryotherapy, photocoagulation, chemotherapy and radiation therapy. External beam radiation therapy with protons has been used in select cases to control tumors. Proton therapy avoids unnecessary irradiation of normal ocular tissues.

Choroidal hemangiomas are benign vascular tumors that are usually well contained, and may cause a decrease in visual abilities. Treatment of choroidal hemangiomas is meant to reduce fluid collection under the retina and decrease the size of the tumor. Standard treatment involves laser photocoagulation, which successfully reattaches the retina, but may not always completely destroy the tumor. In recent years, radioactive plaque treatment and proton beam radiation treatments have been used. Proton beam therapy shares the precise tumor targeting ability of radioactive plaques, but provides a more even dose to the entire tumor. 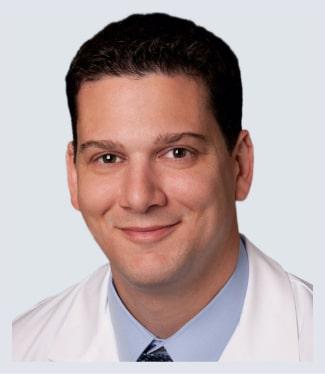